Two saints’ feasts ‘can cure our amnesia’ on immigration 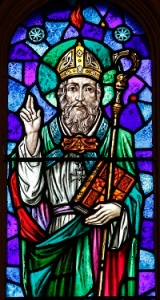 Here is a reflection written by the vice president of mission for Catholic Extension, a national Catholic fundraising organization based in Chicago that builds churches and aids the Catholic Church in America’s poorest places. Looking ahead to two important feast days this month, he looks at five timely lessons from our nation’s immigration history.

CHICAGO — St. Patrick’s Day and St. Joseph’s Day are fast approaching. These two feast days continue to be big celebrations for two Catholic ethnic groups that flocked to our American shores as immigrants in large numbers over the last two centuries: the Irish and the Italians. When the Irish mark St. Paddy’s Day and the Italians honor St. Joe, they celebrate not only their Catholic faith but also their national heritage.

This year especially, before we unthinkingly put on our green shirts for the Irish March 17 or our red sweaters for the Italians March 19 or 20, we should pause to remember the past and the lessons it teaches us. 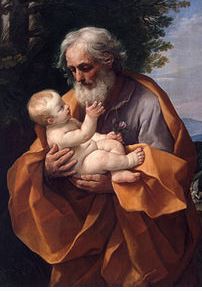 St. Joseph with the Infant Jesus by Guido Reni.

While it seems cliche to say that “history repeats itself,” these two feasts evoke very real and very unkind memories of what our immigrant ancestors endured. Their tenuous status in a new land was strikingly similar to what immigrants experience today.

The Catholic Church in America has always been and continues to be a largely immigrant church. The organization I work for, Catholic Extension, has an enormous stake and interest in this important conversation. Just as we built churches and provided support for Irish immigrant mining communities in the 1910s, we are today doing the same for Latino immigrant farmworkers in the 2010s.

On this year’s feast days of St. Patrick and St. Joseph, let us take a stroll down a less-than-rosy memory lane to see how some of yesterday’s immigrant groups were greeted as they fled their countries. Perhaps this historical remembrance can shed new light on our current national discussions and attitudes about immigrants and immigration.

Lesson No. 1 — Do not forget that St. Joseph, Mary and Jesus were a refugee family

We start this history lesson by going back to the very beginning of our story as a Christian people, by looking at the life of St. Joseph and the family entrusted to his care.

St. Joseph was a dreamer who listened to the angel’s warning in his dreams to take the child Jesus to safety in Egypt. The Holy Family became refugees trying to escape King Herod’s jealous violence in their homeland. Jesus, whose life was saved by this flight into Egypt, in turn, became a DREAMER in the modern sense — someone whose parents took him to a foreign country as a small child. The Scriptures do not tell us whether Joseph had secured the proper visa paperwork before taking his entire family across borders to Egypt.

Perhaps it was Jesus’ own experience as a vulnerable child refugee that helped shape his teaching in the Gospel of Matthew, when he proclaimed, “Whatever you did for one of these least brothers of mine, you did for me” (25:40).

On Feb. 14, 20 Catholic bishops from the southern U.S. border region signed on to a powerful joint pastoral letter that began by recalling that the Holy Family was a refugee family, not unlike many of the people fleeing violence today. This biblical event has moral implications for us today. Therefore, the border bishops state, “As a church we reiterate our commitment to care for pilgrims, strangers, exiles, and migrants affirming that all persons have a right to live in conditions worthy of human life.”

St. Joseph, patron of the church and head of a refugee household, pray for us!

A Harper’s Weekly cartoon from 1871 depicts a savage-looking Irish immigrant whose lawless ways threaten to destroy the United States. Holding a bottle of booze in one hand and a torch in the other, he is about to carelessly light a keg of “Uncle Sam’s Gun Powder,” terminating our country.

The article accompanying this cartoon encouraged its readers to defend their country against the immigrant aggressor, saying “Should the Orangemen ever parade in New York, let the citizens who feel aggrieved at the violation of our laws and institutions take whatever measures they choose into their hands to uphold the laws, if they care anything about their country.” Translation? Be a patriot by defending against the un-American Irish.

In a Jan. 29 statement, Bishop Anthony B. Taylor, who leads the largely immigrant Diocese of Little Rock, Arkansas, said: “You and I are children of immigrants who were not much different from those of today. Our ancestors came here because they saw the United States as a beacon of hope, a place to escape the poverty and tyranny of the Old World, … and they are the ones who made our nation great.” He went on to say that those “who persecuted the Irish Catholic potato famine immigrants of the 1850s, they made our nation small.”

St. Patrick, patron of Ireland and its 70 million Irish diaspora, pray for us — and revive the memory of our important story! 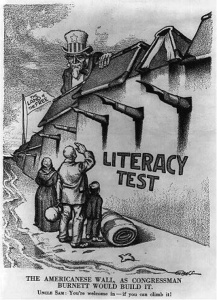 Lesson No. 3 -– Building walls is not a new idea

What is ironic about our current public debate is that exactly 100 years ago the U.S. Congress passed the Immigration Act of 1917. That law included a literacy test — a figurative wall, as depicted in a Puck cartoon from 1916 — to keep out certain immigrant groups, especially the Italians.

In those days Italians were arriving by the millions and were seen as diluting the Anglo-Saxon purity of the U.S. Just as past generations developed ways to try to keep many of our Catholic ancestors out of this country, a new wave of immigration prevention measures is emerging today, driven by the same fear that our cultural purity, our values and national identity are at risk of being overwhelmed by immigrants.

Bishop Joe S. Vasquez of Austin, Texas, the chair of the U.S. Catholic bishops’ migration committee, said in a January 25 statement, “Instead of building walls, at this time my brother bishops and I will continue to follow the example of Pope Francis. We will ‘look to build bridges between people, bridges that allow us to break down walls of exclusion and exploitation.’”

St. Joseph, protector of migrant families past and present, pray for us.

Lesson #4 – Immigrants stealing our elections is a recycled fear

An 1840s cartoon illustrates the fear stoked by the anti-immigrant and anti-Catholic Know-Nothing Party that Irish and German immigrants were running away with the ballot box, a charge that sounds eerily familiar to all of us today.

On Feb. 12, Cardinal Blase J. Cupich of Chicago, chancellor of Catholic Extension, stated: “In days not so long ago, our ancestors were victimized as anti-immigrant fears were whipped up, giving rise to quota laws, church burnings, beatings and voting restrictions. Our crime? Adhering to a religion that was foreign and thought to be seditious, a threat to the nation. In hard economic times, we were often made into scapegoats and suffered discrimination because of where we came from and what we believed.”

Cardinal Cupich’s unvarnished historical recollection helps give us renewed perspective on what our ancestors were up against as new immigrants.

On March 17, as we sip our green beer, let us not forget that St. Patrick himself was kidnapped and sent as a slave to a hostile foreign country, a fact that gives new meaning to the traditional prayer we attribute to him. His beautiful prayer surely graced the lips and hearts of many Irish-American immigrants who at one time lived in a foreign country where they too were met with great hostility:

Through God’s strength to pilot me …

All these powers between me and those evils,

Against every cruel and merciless power

That may oppose my body and soul.

St Patrick, pray for us! 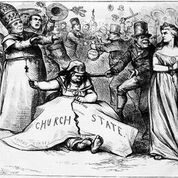 Lesson No. 5 — Religious groups that we are suspicious of today will give rise to great citizens

In spite of the Know-Nothing nativist party’s insistence otherwise, Catholic immigrants and their descendants ultimately proved to be good citizens of this nation.

Catholics have reached the pinnacle of leadership in the executive (President John F. Kennedy), legislative (Speaker of the House Paul Ryan) and judicial (Chief Justice John Roberts) branches of government. They were able to simultaneously profess Catholic faith while taking an oath to defend the Constitution — something the nativists denied to be possible.

In an 1870 Harper’s Weekly cartoon, Pope Pius IX is hovering over and controlling the mind of a witless, servile immigrant who is threatening the separation of church and state by busily stitching the two back together. Lady Liberty is in chains.

Catholic immigrants were branded as “papists” who were blindly loyal to a foreign power. But it turned out that Catholics could indeed become good Americans.

Learning from our own history, perhaps we Catholics may want to give the benefit of the doubt to other religious groups that are looked upon with great suspicion today.

Catholics proved that religious people are not ideological radicals or easily coerced throngs that will destroy the integrity or safety of this nation.

Pope Francis, on Sept. 24, 2015, in an address to a joint meeting of Congress, told our nation’s leaders: “When the stranger in our midst appeals to us, we must not repeat the sins and the errors of the past. We must resolve now to live as nobly and as justly as possible, as we educate new generations not to turn their back on our ‘neighbors’ and everything around us.”

St. Patrick and St. Joseph, pray that we may never forget our story, and give us the strength to help those who are persecuted, as we were once persecuted. Amen!