Taking an evening to honor our work 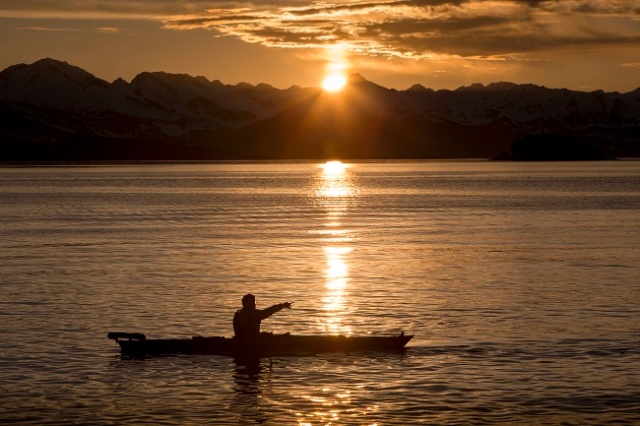 Father Thomas Weise kayaks off the shoreline of the Shrine of St. Therese in Juneau, Alaska. The photo won first place in the scenic category at the Catholic Press Association awards. (CNS photo/Nancy Wiechec)

The Catholic Press Association awards banquet was the final session at a three-day Catholic Media Convention in which journalists from the U.S., Canada and other countries came together to discuss current trends, tips for the future and hear challenging and compelling stories from speakers.

A boy in New Mexico kisses his father through the border fence following Mass Nov. 22 in Sunland Park, New Mexico. The photo was part of a package honored by the CPA. (CNS photo/Bob Roller)

The presenters — Carol Zimmermann from CNS, Mark Zimmermann of Washington’s The Catholic Standard and J.D. Long-Garcia of The Tidings in Los Angeles — kept the night moving with humor and speed in announcing hundreds of awards in dozens of categories.

In writing categories, CNS took first place for a personality profile of a Franciscan in Honduras, and it was honored for coverage of immigration, restorative justice and the multiple stories synod on the family. A feature on restoring the Holy Stairs shrine won second place. Two columnists — one in English and one in Spanish — were honored for general commentary.