The synod by the numbers

VATICAN CITY — The extraordinary Synod of Bishops formally opens with Mass Sunday and begins its working sessions at the Vatican Monday morning. 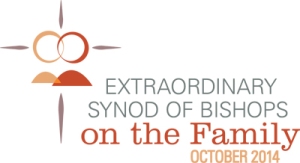 Pope Francis is expected to attend all of the working sessions, along with 253 other people.

— 191 voting members are expected: 162 attending because of the office they hold (114 presidents of bishops’ conferences, 25 heads of Vatican offices, 13 heads of Eastern Catholic churches, and 10 members of the synod council); three elected by the men’s Union of Superiors General; and 26 named by Pope Francis.

— Of the 191, 42 come from Africa, 38 from the Americas, 29 from Asia, 78 from Europe and four from Oceania and the South Pacific. The voting members include 61 Latin-rite cardinals, one Eastern-rite cardinal, seven Eastern patriarchs, 67 archbishops, 47 bishops, one auxiliary bishop and seven priests.

— In addition, eight other Christian churches and communities will send delegates as a sign of their shared concern for the pastoral care of families today. 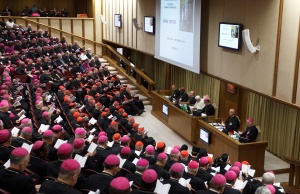 Participants in the 2012 Synod of Bishops in the Vatican synod hall with Pope Benedict XVI. (CNS/Paul Haring)

3 Responses to The synod by the numbers