VATICAN CITY — Pope Francis’ first message for the World Day of Peace is out and will soon be distributed to heads of state around the world. 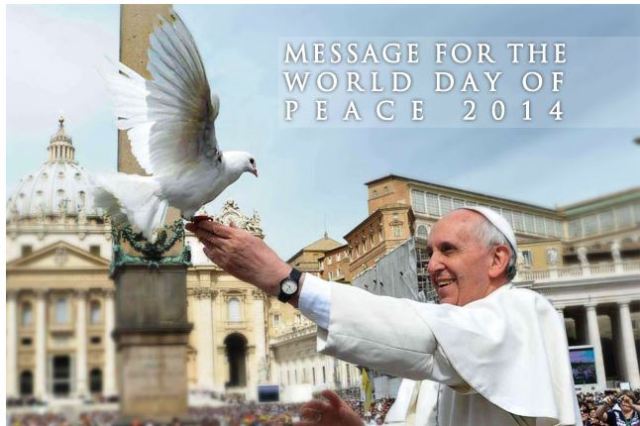 Screenshot of vatican.va announcing the Dec. 12 release of this annual papal message.

Here’s a list of some of the quotes that grabbed us most from this document dedicated to Fraternity: The Foundation and Pathway to Peace:

Globalization, as Benedict XVI pointed out, makes us neighbors, but does not make us brothers. The many situations of inequality, poverty and injustice, are signs not only of a profound lack of fraternity, but also of the absence of a culture of solidarity. 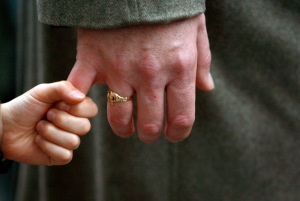 In God’s family, where all are sons and daughters of the same Father, and, because they are grafted to Christ, sons and daughters in the Son, there are no “disposable lives.” … This is the reason why no one can remain indifferent before the lot of our brothers and sisters.

3. Fraternity and the fight against poverty

One also sees the need for policies which can lighten an excessive imbalance between incomes. We must not forget the Church’s teaching on the so-called social mortgage, which holds that although it is lawful, as Saint Thomas Aquinas says, and indeed necessary “that people have ownership of goods,” insofar as their use is concerned, “they possess them as not just their own, but common to others as well, in the sense that they can benefit others as well as themselves.” 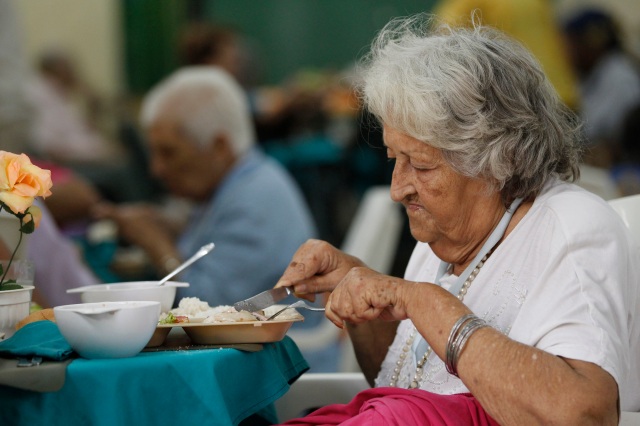 An elderly woman dines at a church-based center for the elderly in Havana in this Feb. 9, 2012, file photo. (CNS photo/Nancy Phelan Wiechec)

4. May good emerge from bad

The succession of economic crises should lead to a timely rethinking of our models of economic development and to a change in lifestyles. Today’s crisis, even with its serious implications for people’s lives, can also provide us with a fruitful opportunity to rediscover the virtues of prudence, temperance, justice and strength. These virtues can help us to overcome difficult moments and to recover the fraternal bonds which join us one to another, with deep confidence that human beings need and are capable of something greater than maximizing their individual interest.

5. Lay down your arms

For this reason, I appeal forcefully to all those who sow violence and death by force of arms: in the person you today see simply as an enemy to be beaten, discover rather your brother or sister, and hold back your hand! Give up the way of arms and go out to meet the other in dialogue, pardon and reconciliation, in order to rebuild justice, trust, and hope around you! 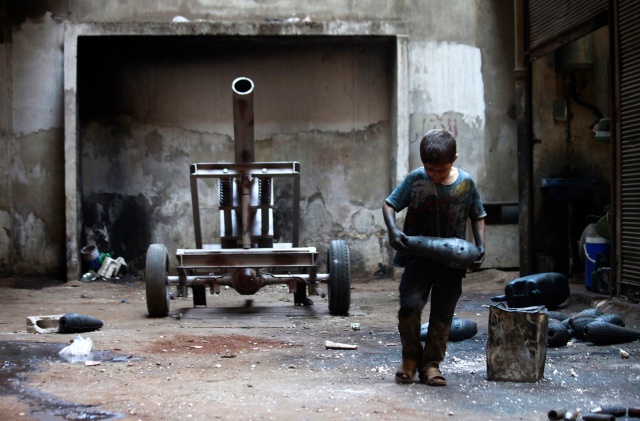 Nevertheless, as long as so great a quantity of arms are in circulation as at present, new pretexts can always be found for initiating hostilities. For this reason, I make my own the appeal of my predecessors for the  non-proliferation of arms and for disarmament of all parties, beginning with nuclear and chemical weapons disarmament. 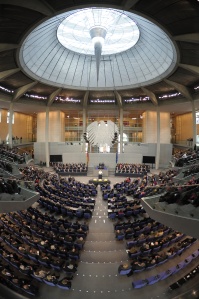 7. Rise to the top with grace

Ambition must not be confused with the abuse of power. On the contrary, people should compete with one another in mutual esteem.

A political community must act in a transparent and responsible way to favor all this. Citizens must feel themselves represented by the public authorities in respect for their freedom. Yet frequently a wedge is driven between citizens and institutions by partisan interests which disfigure that relationship, fostering the creation of an enduring climate of conflict.

We need, then, to find ways by which all may benefit from the fruits of the earth, not only to avoid the widening gap between those who have more and those who must be content with the crumbs, but above all because it is a question of justice, equality and respect for every human being. 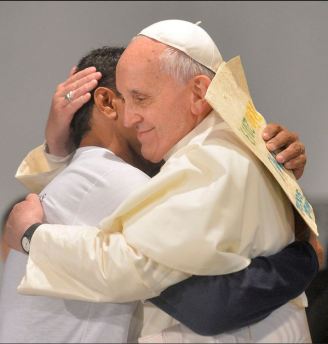 10. There’s hope for everyone

Human beings can experience conversion; they must never despair of being able to change their lives. I wish this to be a message of hope and confidence for all, even for those who have committed brutal crimes, for God does not wish the death of the sinner, but that he converts and lives.