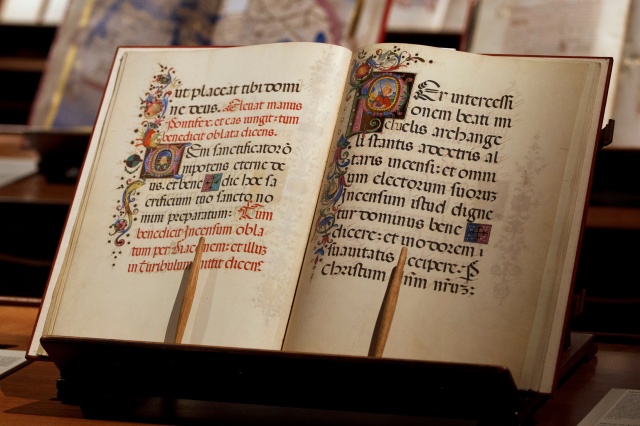 A copy of the Borgianus Latinus, a missal for Christmas made for Pope Alexander VI. (CNS photo/Paul Haring)

VATICAN CITY — How do you say “tweet” in Latin? Well, don’t feel badly if you don’t know because even the pope’s own Latin Academy is incertus.

At a Vatican news conference today, the president of the Pontifical Academy for Latinity, Ivano Dionigi, said they are still up in the air about what the best term is.

It’s a relevant enough question given that Pope Francis has more than 182,000 fautores on his @Pontifex_ln Latin Twitter account.

Twitter seems to have been defined, according to the account’s header, as breviloquentis.  But such a word lacks the eloquence and onomatopoetic (Greek infiltrator) qualities a good brand demands.

Dionigi said the two front-runners for tweet and Twitter would be some derivation of pipiare from the “cheep” of little chicks and fritinniare from the chirp of cicadas.

We asked our @CatholicNewsSvc followers today for their suggestions. Vote below for your favorites or add to the debate: 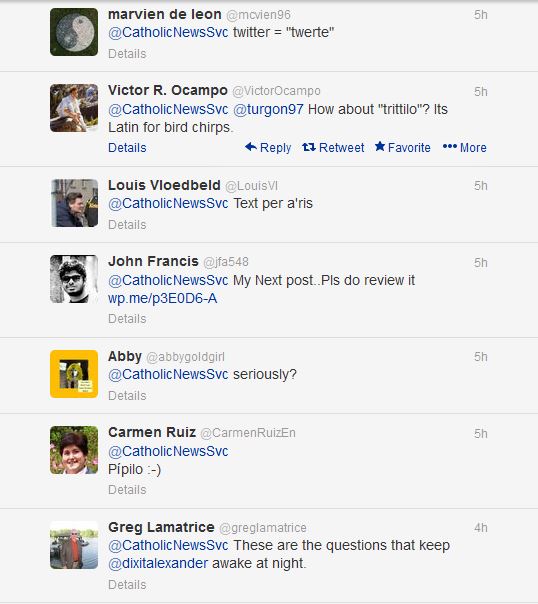 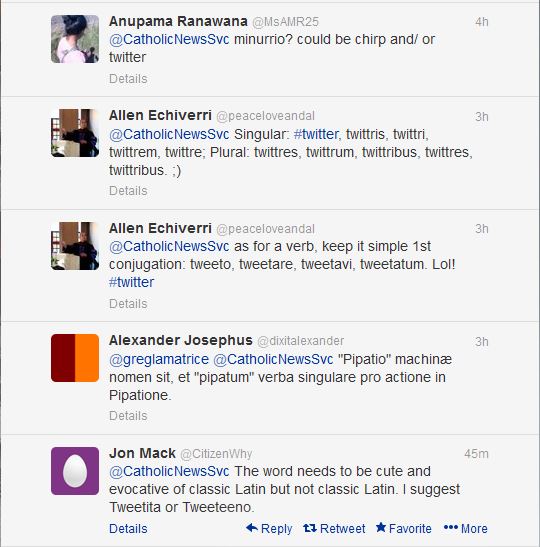 And finally, for those wondering why Latin is still the official language of the Catholic Church, watch this great video our own Robert Duncan did back in 2012 with Vatican Latinist, Msgr. Daniel B. Gallagher, and students from the Pontifical North American College.

1 Response to It’s not Eettway…