Eucharistic adoration at the Vatican in reparation for abuse 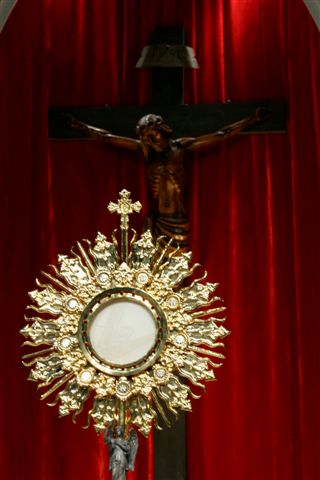 VATICAN CITY — The Vatican is hosting two hours of eucharistic adoration “in reparation for abuses committed by priests and for the healing of this wound within the church.”

The service in St. Peter’s Basilica this Saturday will feature an hour of silent adoration of the Blessed Sacrament, an hour of prayer and meditation, and a solemn blessing at the end.

The unusual initiative was organized by Catholic university students in Rome. Sources said the event was originally planned for the small Church of St. Anne inside Vatican City, but that it was moved to St. Peter’s at the suggestion of Cardinal Angelo Comastri, who is archpriest of the basilica.

So far, however, the Vatican has not publicized the event. Invitations have been forwarded by email and spread by word-of-mouth.

The hour of prayer and meditation will be led by Msgr. Charles Scicluna, an official of the Congregation for the Doctrine of the Faith who deals directly with cases of priests accused of abuse of minors.

In several recent statements, Pope Benedict has said the response to the sex abuse crisis in the church will require openness, adoption of new measures to protect children and spiritual reparation.

In a letter to Irish Catholics earlier this year, he asked that eucharistic adoration be set up in every diocese, so that “through intense prayer before the real presence of the Lord, you can make reparation for the sins of abuse that have done so much harm.”