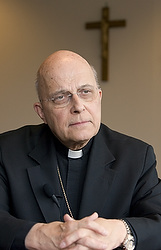 The U.S. Conference of Catholic Bishops this afternoon issued a statement on the health care reform bill approved by the House of Representatives on Sunday and signed into law by President Barack Obama this morning. According to an accompanying news release, the USCCB said the statement, by Cardinal Francis George of Chicago, USCCB president, had been approved unanimously by the 32-member USCCB Administrative Committee, which by coincidence was meeting in Washington for its regular March meeting. The committee is a panel of bishops which conducts USCCB business between the bishops’ general meetings.

For nearly a century, the Catholic bishops of the United States have called for reform of our health care system so that all may have access to the care that recognizes and affirms their human dignity. Christian discipleship means, “working to ensure that all people have access to what makes them fully human and fosters their human dignity” (United States Catechism for Adults, page 454). Included among those elements is the provision of necessary and appropriate health care.

For too long, this question has gone unaddressed in our country. Often, while many had access to excellent medical treatment, millions of others including expectant mothers, struggling families or those with serious medical or physical problems were left unable to afford the care they needed. As Catholic bishops, we have expressed our support for efforts to address this national and societal shortcoming. We have spoken for the poorest and most defenseless among us. Many elements of the health care reform measure signed into law by the president address these concerns and so help to fulfill the duty that we have to each other for the common good. We are bishops, and therefore pastors and teachers. In that role, we applaud the effort to expand health care to all.

Nevertheless, for whatever good this law achieves or intends, we as Catholic bishops have opposed its passage because there is compelling evidence that it would expand the role of the federal government in funding and facilitating abortion and plans that cover abortion. The statute appropriates billions of dollars in new funding without explicitly prohibiting the use of these funds for abortion, and it provides federal subsidies for health plans covering elective abortions. Its failure to preserve the legal status quo that has regulated the government’s relation to abortion, as did the original bill adopted by the House of Representatives last November, could undermine what has been the law of our land for decades and threatens the consensus of the majority of Americans: that federal funds not be used for abortions or plans that cover abortions. Stranger still, the statute forces all those who choose federally subsidized plans that cover abortion to pay for other peoples’ abortions with their own funds. If this new law is intended to prevent people from being complicit in the abortions of others, it is at war with itself.

The statute is also profoundly flawed because it has failed to include necessary language to provide essential conscience protections (both within and beyond the abortion context). As well, many immigrant workers and their families could be left worse off since they will not be allowed to purchase health coverage in the new exchanges to be created, even if they use their own money.

Many in Congress and the administration, as well as individuals and groups in the Catholic community, have repeatedly insisted that there is no federal funding for abortion in this statute and that strong conscience protection has been assured. Analyses that are being published separately show this not to be the case, which is why we oppose it in its current form. We and many others will follow the government’s implementation of health care reform and will work to ensure that Congress and the administration live up to the claims that have contributed to its passage. We believe, finally, that new legislation to address its deficiencies will almost certainly be required.

As bishops, we wish to recognize the principled actions of the pro-life members of Congress from both parties, in the House and the Senate, who have worked courageously to create legislation that respects the principles outlined above. They have often been vilified and have worked against great odds.

As bishops of the Catholic Church, we speak in the name of the church and for the Catholic faith itself. The Catholic faith is not a partisan agenda, and we take this opportunity to recommit ourselves to working for health care which truly and fully safeguards the life, dignity, conscience and health of all, from the child in the womb to those in their last days on earth.